Victim of the Muses by Todd M. Compton 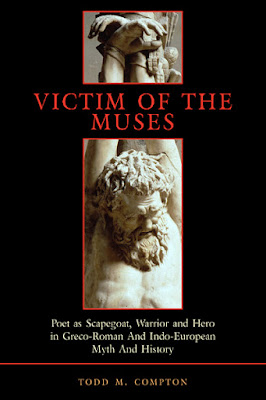 The story of bottled water (Greek) 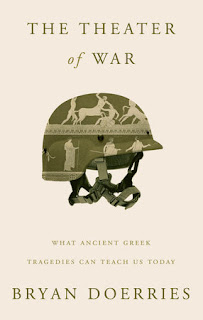 Death of classical education and the restoration of Greek wisdom

Death of classical education and the restoration of Greek wisdom

Excerpts from the book
"Who Kill Homer"
the Victor Davis Hanson
and Hohn Heath,
of the versions of Cactus.

We hope that when the formal study of Greek and Latin has finally died and buried within the next few decades will emerge again in some form that we can not imagine -Some new non-academic form; who sees the Greeks as it is.


If this circular, entirely Greek view of history prove true, then
Who Killed Homer? Can serve as a kind of historical guide, for those not yet born, about what not to do and why you should not do.

[...] Three positions are clear and supported by the authors of the book.
First place, the Greek wisdom is creative Mediterranean-Mediterranean instead. Greek culture -ideodes not based on fyli- not just different, but completely contrarian to any culture of the time or space.
The "city" is not African or Asian-inspired institution but a deliberate contrast to the eastern approaches to governance, literature, religion, war, civil rights, citizenship and science.
What if there was Greece, were Tyre and Sidon, Giza Persepolis or Germany, Britain or Gaul.
T he core values ​​of classical Greece is unique, firm and non polytismikes therefore interpret both the duration and the dynamism of that of Western civilization.

Second place, the death of classical learning are real and measurable. Few at the moment in America knows a little about the origin of the West in ancient Greece. Our citizens are becoming increasingly removed from the philosophical and moral vision that is so essential if we are to understand and handle leisure, prosperity and freedom in the West.
Absolute values, morality and decency Greek tragic approach to human existence, or rejected as reactionary or considered as property of religious morality.
The appropriate managers of the Greek heritage -klasikistes and Classical Education-have almost lost.

Third place, the current generation of classicists helped in the destruction of classical education. Their hypocrisy is expressed as the difference in lifestyle from this preaching, the ambiguity in the language and in their expression, the new religion of postmodernism, theory , social structure and relativity.
Our generation of classicists, faced with the expansion of Western culture beyond the borders of the West, also faced the challenge to explain the importance of Greek thought and its values ​​at the critical time of thinking and electronic entertainment.
But failed miserably in this, even a degree that now the Greeks did not play almost no role in the discussions on how to develop the West in the next millennium.
Even worse, the dereliction of duty of academic teachers was not simply their usual laziness, complacency and arrogance, but more often a deliberate desire to distort and even destroy, the Greeks, to reassure the public that as classicists know better how "sexist" , racists and exploiters were actually Greeks.
This was a lie and betrayal that brought short-term benefits in their careers, but in the course helped in the destruction of a noble profession.

The deep knowledge of the Iliad and the Odyssey was the basis of civilization for themselves the Greeks-the homer was theGreek paidefsis, his poetry "the Book".
In ancient Greece but they were never sacred cows or sacred texts. The first strong challenge to the Homeric primacy came four centuries later by the philosopher Plato who drove the study of Homer and the tragedies from the ideal state of pointing out that now some other metaphysical objections) these stories were false and unhealthy images of gods and heroes.
Plato failed course, to completely banish Homer as often his own characterization for Socrates is based on Homeric and tragic patterns to examine the virtuous life.
A generation later, more systematic philosopher Aristotle broke categories of Plato, both moral and metaphysical basis.